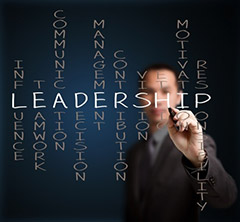 Mike Duke was the fourth CEO of Walmart, serving from 2009 to 2013. When you lead a company of such a massive scope, it’s extremely important that you understand how to be an effective leader. Mr. Duke regularly speaks with other business owners about leadership tactics, and given his standing in the business world, his advice is very relevant for anyone who manages a business.

In order of increasing importance, Mr. Duke said that leadership is all about the following:

These three facets of leadership helped Mr. Duke successfully manage one of the world’s largest companies, and they’re applicable for any size business.

Thank you for visiting my blog! I'm proud to be the most tenured executive recruiter within the Cameron Smith & Associates firm, specializing in Sales, Category Management and Supply Chain opportunities in the Bentonville, Chicago and Minneapolis markets. Visit my about section or the Cameron Smith & Associates site to learn more about our company, our services for candidates and companies as well as my experience and qualifications.